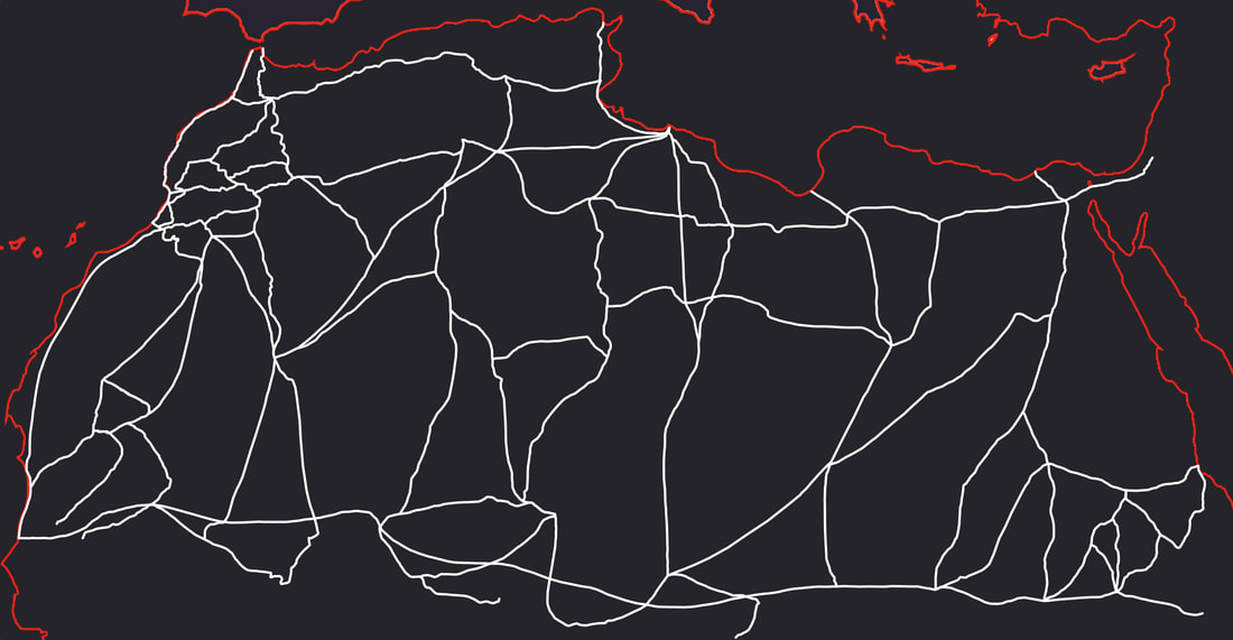 We have elaborated this plan with the information collected by our researchers, Amado Alfadni, Pau Cata, Eleonora Castagnone and Carlos Perez Marin, based mainly in books and researches found in archives but also based on personal works:

LE MAROC SAHARIEN DES ORIGINES À 1670, D. Jacques-Meunié
SUDANESE TRADE IN BLACK IVORY, Ahmed Abdel Ghaffar
THE FORTY DAYS' ROAD, W.B.K. Shaw
CARAVANES D'ALGER AU NIGER PAR LE HOGGAR, Frédéric Nussy
THE TRANS-SAHARAN BOOK TRADE, Eric Rosse
During centuries Northern Africa countries became a huge trade hub between Africa and Europe. Because of the Sahara desert, commercial routes have been subordinated to caravans routes, the only way goods could move from one country to another. These routes have changed constantly throughout history, depending on the political situation (not just in Saharan countries, also in the Mediterranean Sea or in Europe), the relation between tribes, the droughts and the goods production. Thereby, some routes were privileged, in order to avoid conflicts, affecting not just several regions but countries and continents.

In addition to trade, caravans have also been a way to transfer knowledge and culture, which is the base nowadays of contemporary culture in all these countries.
We will continue to add routes to the Google Maps file, once we found more information.

For example, we have just found on Internet this digital collection from the Illinois University Library, MAPS OF AFRICA TO 1900.